Not a day in the life of smartphone owners goes by without Instagram. Each person and their dog are on Instagram. From students to actors to politicians, all are on Instagram sharing pictures and videos of their daily lives; what they eat, what they wear, and where they go. This platform has the power to make random photos and videos go viral. Now, it’s a picture of a bare egg from an anonymous Instagram account that is making rounds on the Internet. 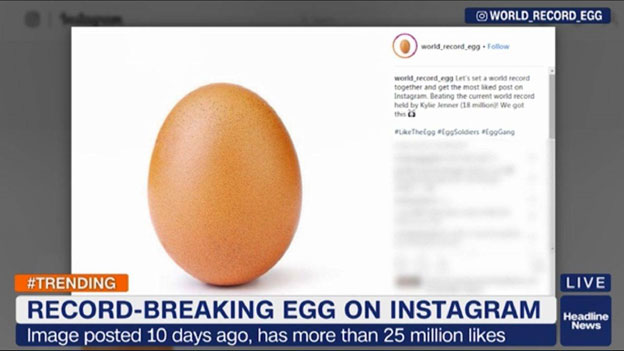 A picture of a brown Egg named “Eugene” has set the world record for the most liked picture on the Internet (29.5 million likes). Remember when Kylie Jenner’s picture of announcing the birth of her daughter, Stormi Webster, was the most liked picture (18 million likes)? So, how did an egg catch such attention? The posting of the egg wasn’t a random impulse, but a planned tactical move. The Instagrammer who posted this image certainly had a clear motive. And we will analyze their motive and tell you how this is actually a brilliant business move that could help you too.

It’s All About The Attention!

Veggies chopping videos, soap cutting videos, pranks, and all are being sold by grabbing users’ attention. A post going viral doesn’t mean that it is “liked.” A reaction, emotion, or attention to a piece of content is the measure of going viral. If a person likes a piece of content, they will talk about it (comment), reshare on their handles, or stories. Similarly, if a person doesn’t like some content, they will express their dislike, and share and tell people about it. 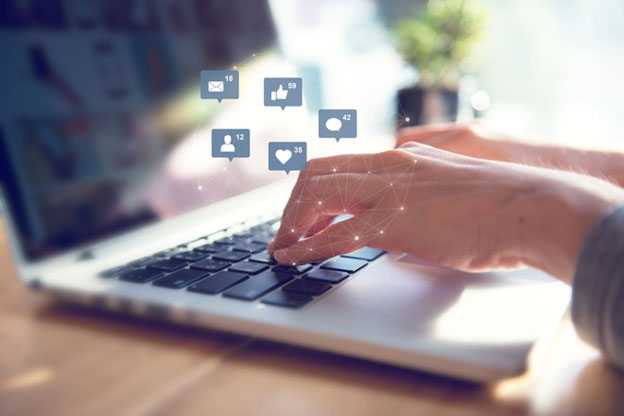 On social media, especially on Instagram, to draw the attention of the difficult-to-please users is an art. And, we can understand many tips and tricks from this Instagram Egg case.

Here are some golden tips to learn from the Instagram egg, which, when applied, can elevate your business:

Know What You Want

It’s very important in any business--or a marketing campaign for that matter--to be clear about what you want, which includes target audience, traffic, sales, and other factors. Especially, when you use social media to attain your business goals, you should be specific about the numbers. The Instagram Egg is crystal clear about what they want, which was to become the world’s most liked picture.

The owner of the world_record_egg Instagram handle had done their research before posting. They researched their competitor (Kylie Jenner), including the number of likes on her pics, and they set the target to be overtaken. The egg has 3.3 followers to its name and follows a large number of meme accounts, which indicates that they studied the patterns of success cases.

Once you know what you want, you must clearly practice it by all means necessary. Instagram Egg, right from the profile to the picture and its caption, clearly stated their motive. From naming the profile “world_record_egg,” to using hashtags such as “LikeTheEgg,” “EggSoldiers,” and “EggGang,” the Egg showed people what they want.

The picture is minimalistic, which could look strange and tempting to people. To keep the attention of the user on the egg, the background is kept white. And, the caption was on point, “Let’s set a world record together and get the most liked post on Instagram, beating the current world record held by Kylie Jenner (18 million)! We got this (with a raising hands emoticon).”

Knowing sentiments of the users is pivotal. The egg account holder obviously knows this; people like competitions and love participating even more. Knowing this, the Instagram egg sensation added fun quotient to his post, to get people involved. Challenging the audience (captions like, “let’s set a world record”) at the same time personalising (together), and using cool hashtags to name the participants as “soldiers” and “gangs,” the egg has done all the right to get people participate and make them win.

The egg directly challenged Jenner, and in return got her attention, too, where the latter posted a video of breaking the egg and captioning it “take that little egg.” Of course, according to her, she did enjoy the whole act. Hundreds of memes are being created and shared on Instagram and Internet about her response.

You can’t recreate someone’s idea, especially on social media. An idea lasts only one time. One can’t copy it; instead, they should learn the roots of approaching the concept (research, emotional quotient and patterns). You must come up with fresh ideas every time, else you risk boring the users.

Amid the Egg--Kylie “rivalry,” The Ellenshow posted a picture with Kylie Jenner on egg and captioning it “According to my calculations, this will be the most liked Instagram post ever! The egg + Kylie.”

Right after the egg, people started copying “record_breaker_banana,” and even created fake accounts. But, as we said before, replication easily wanes away, and people want new content.

There are never-ending memes and posts popping up every day on the egg with hashtags like “egg gang.” It is only a wonder what the egg will do next! We can see the excitement it has created and the buzz it has generated. Now, the task becomes even more difficult for egg to come up with more exciting ideas, as they have already raised their own bar. The egg shared an Instagram post where it thanks its supporters and promises to return. Meanwhile, they have left many stories to giggle at and social media tactics to go viral.