Disruption takes centre stage in this technology dominated world. Advertising is not sparred of changes either. With trends that are emerging, it is imminent that advertisers stay at the top of trends to make the best out of them.

In case of insurance companies, their challenge is twice much; despite insurance being a necessity, customers do not enjoy shopping for insurance in comparison. These Insurance companies explore various options to get the audience minds giddy up towards insurance and hit upon the jackpots of collaborations to sell insurance through customization, and package deals at the customer’s disposal. The advent of chatbots an angel in disguise as it ensures the repetitive questions of many potential clients are taken care of. While AI amongst the many advantages, it has helped the management to focus on their audience by appealing to their logic, and entertainment quotients.

The big spenders are taking these trends to their advantage, and setting stages with their strategies. Geico, LowerMyBills.com and EverQuote.com are leaders of big spender’s board and they drive advertising by focusing on ‘the savings factor’ & that ‘by being prudent today, a better tomorrow awaits’, through their quirky, informative or new-age engagement ideas.

Slotting the three companies based on their ad spends Geico (Dark blue line) stems as a clear winner with $202.2 million spends in the past year; while LowerMyBills (light blue line) ranks second with spends at $134.7 million and EverQuote (Orange line) the third with $ 69.2 million. 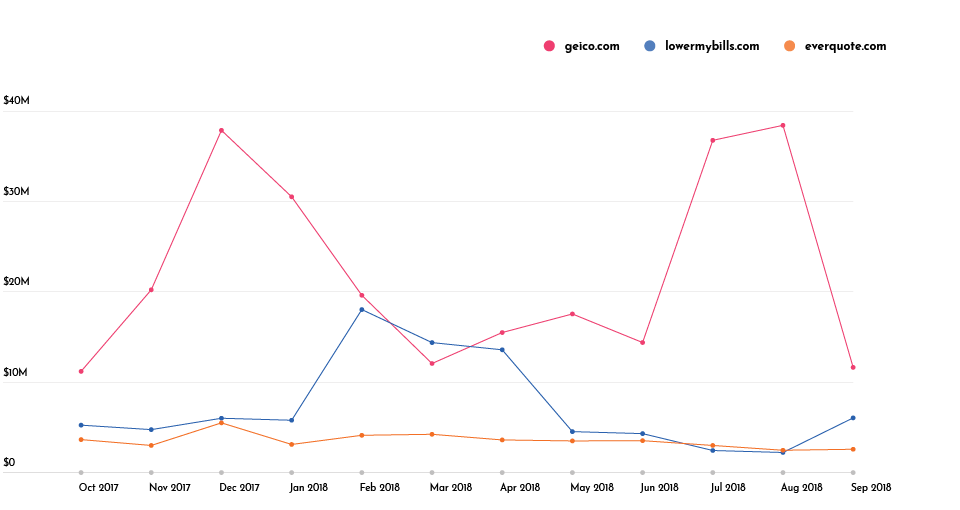 Let us analyse how these companies make the most of their ad spends and what we can learn from them.

Government Employees Insurance Company (GEICO) started as an auto insurance company back in 1936 and have expanded their scope ever since. Geico is known for their advertising using popular culture with an entertainment quotient. 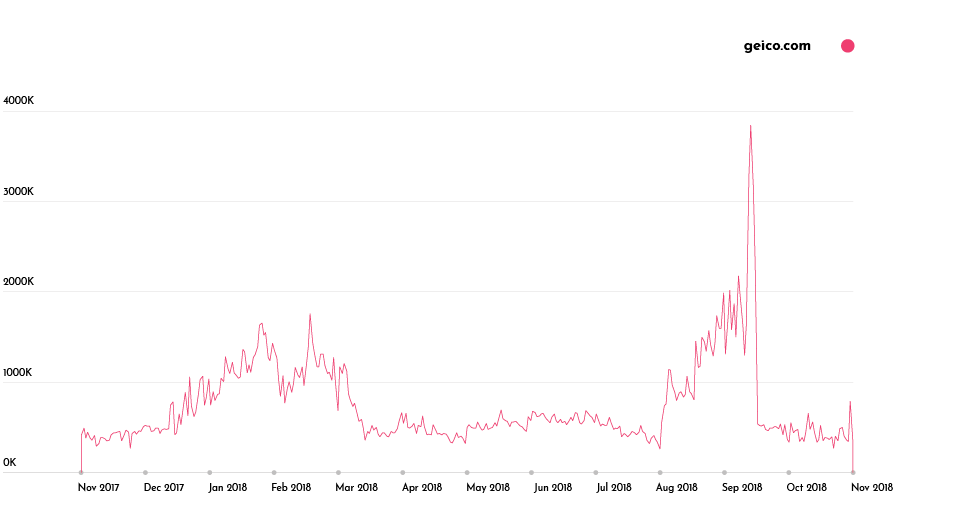 Geico invests large sums of money towards advertising and most of this focuses on mobile users; a smaller fraction leans towards desktop advertising.

Geico focuses on Google Ad network more than 80% of Geico’s spends and they opt for direct buy only second to Google. Their target audience is spread across a vast age group, and it is a necessity to everyone – they opt for Google who has a wider reach to these audiences spread across the US.

With a varied audience group, Geico opts for Programmatic advertising (83%) to target its diverse audience. This gives them the edge, over direct advertising which is more of spray and pray strategy. The sheer volumes of their ads also call for more automated process with a higher need for efficiency which is met through programmatic ads.

Geico promotes a large chunk of its ads through Yahoo Answers. By being in a space where there is a proper need and when people are seeking out for help, Geico has identified how to make the most of requirements. With the other advents of question forums becoming popular among the millennial generation, a focus of the Yahoo Answers shows that their target audience is typically people who are older with money to spend and are new buyers, of houses and automobiles among other things.

Their quirky ads have taken the Americans by a storm. Starting with Gecko and later Caveman, Geico has made two aspects abundantly clear. Not only their ads are entertaining, but they also make it simple so that everyone can connect with them and it would be easier to break the barrier of insurance being a complicated-document heavy purchase.

Lately, much of their ads have been through static image or GIF; while their videos have been popular earlier on in their advertising journey. They focus on saving today for a bigger better tomorrow. Since the advent of GIFs, they focus on promoting active quick thoughts through 5-sec repetitive content that makes the audience come back for more.

In the past year, Geico has been facing competition with younger companies entering the selling insurance through entertainment space, by taking on a similar Pop culture references in their ads.

Geico’s ads have always seen a lot of world plays that surround a dainty happy gecko. Their CTA button stands out distinctly (almost every time) bringing attention to it almost instantly. Their video ads are however of a different league, with humour element, it talks to people in the easy language about the ease of processing insurance through Geico.

Started in 1999, the idea behind LowerMyBills was to connect service providers to consumers who seek the service. The conversation would then be taken up directly with the providers. A novel idea that started with the internet era and has been a hit ever since.

LowerMyBills is the second highest ad spender in the industry. Like most others, they leverage most on mobiles. It is interesting to note that their spends peaked a month ahead of Memorial Day Memorial Day desktop, and similarly, days ahead Independence Day advertising markets saw them splurge.

Setting themselves apart from Geico, LowerMyBills focuses on native ads more and uses content discovery networks such as ‘Outbrain’ for publishing their ads. Only next to Advertising.com with a focus on mobile advertising. Mortgages arise with buying new properties. Hence their audience is not millennials but the folks with money to splurge, typically the older generations. A similar trend of making the most of programmatic advertising is seen by LowerMyBills is seen, thereby delivering their targeted advertisements to specific set of audiences.

Much of LowerMyBills’ advertising is focused on news channels like CNN, FOX news where their ads appear as a news article, or in forms that are traditionally not classified as advertising. News Websites gives them access to the potential audience who are quicker to understand the need for insurance and its benefits. 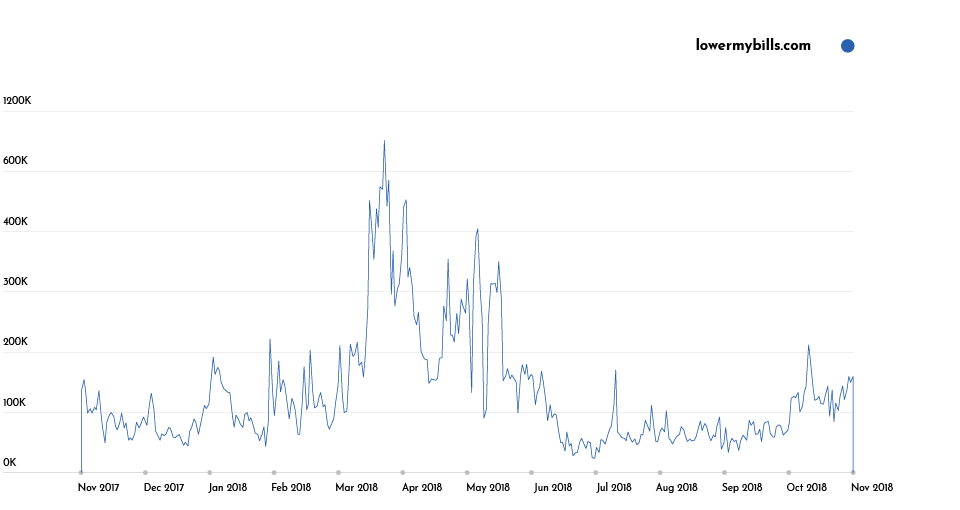 LowerMyBills ads have always been information intensive and keeping abreast with the current political. Unlike Geico, they do not have mascots. Much of their ads are a combination of images and text, or just images, which makes it easier to convey adequate important information.

All their ads focus triggering the need and the lower commitment towards mortgages. It is a powerful way to make you re-think your spends. The customers are compelled to think and make a choice to choose, which is where LowerMyBills has effectively positioned itself.

LowerMyBill’s ads bring in a sense of case study to the advertisements. Since these are predominately on news websites, a thoughtful question would definitely catch the eye of the audience. Coupled with quirky GIFs that makes you take a second look to catch hold of the entire content acts gives that extra moment to make it more compelling. 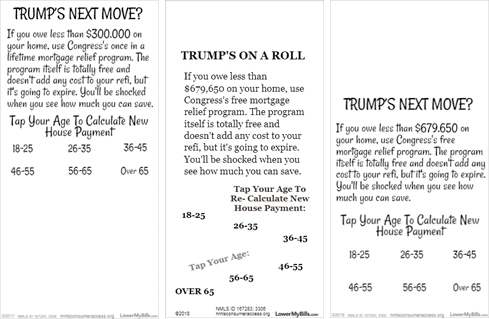 One of the up-coming insurance service provider, and a start-up in the insurance industry. Founded in 2011, this online car insurance shopping service is here offering transparency at the click of the button. Now EverQuote has expanded its reach into Life and Home insurances as well

EverQuote is the third largest spender, and have been more or less consistent in their ad spends throughout the year. They have spiked spends around the new year, and like the prior two focusing on mobile advertisements.

EverQuote, just like LowerMyBills, focuses on native ads through content discovery networks like Outbrain and Taboola for publishing their ads. With a priority on Outbrain and Taboola, they optimise content for mobile phones. These are Content Discovery Networks, which uses advanced AI to read through the information about their audience and then tailor made the updates.

Much of EverQuote advertising is focused on news websites, like CNN, FOX news their next focus being sports websites. 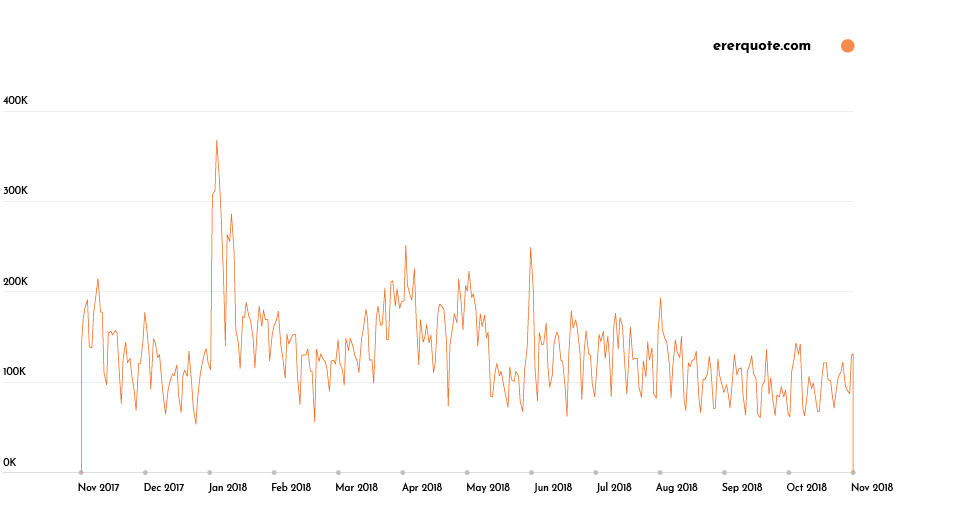 EverQuote ads are highly creative with an abundance of new ideas. They are quirky, fun, and relatable for information obsessed spaces. They use content to their advantage, but more on that later.

EverQuote uses a comparison to make you question about your insurance choices. It is strongly driven by an outright display of sum paid; which is not the case with Geico or LowerMyBills. With a demanding focus to lower the commitment towards car insurance, these advertisements create a need to look at you spends more intrinsically.

With a thrust on text and image combo, they opt for a predominantly content-driven advertising that they leverage aptly through need-based ads

The above ads were classic game-changers. The focus being around ‘disruption’, they have penetrated the market with a compelling headline that focuses on disruption and promoting their content as a news article was all it took to take make people take notice.

Unlike other two, EverQuote has more fresh ideas to make people turn their heads, and it serves them well since they are a start-up who are stirring the industry at the opportune moment.

Here are top 30 advertisers in this space, the top 8 are those heavy ad spenders. However, ad expenses come only secondary to optimally using advertisements, penetrating the right channels for a particular brand, and setting a unique standpoint.

Considering Geico, LowerMyBills and EverQuote, each of them has their unique point of views, their brand distinction that makes an impact on their audience in various ways. Their channels might more or less be the same. However, each of them is vastly different.